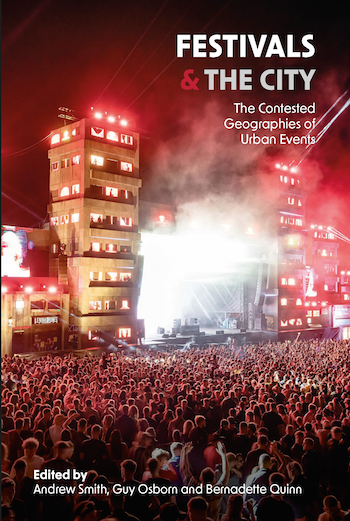 The Irish traditional music festival ‘Fleadh Cheoil na hÉireann’ was first held in Drogheda, Co. Louth in August 2018 and subsequently in August 2019. The host town benefitted not only economically during the festival, but also from enhanced investment in infrastructure and marketing. This created a legacy that has outlasted the event itself. Irish traditional music has typically been associated with the west of Ireland and narratives and marketing related to the tradition typically involves reference to rurality. As an urban place on the east coast near the border with Northern Ireland, Drogheda presented a new location and new spaces for the festivalisation of Irish traditional music culture while simultaneously requiring organisers to consider the use of urban public space for festival activities. The local authority was a significant stakeholder in Fleadh Cheoil na hÉireann in Drogheda and utilised the opportunity to create and disseminate an identity for the town and region that would have a legacy for tourism beyond the staging of the event. Using reflective ethnography and interviews with local authority representatives and the festival organisers, this study critically considers how towns are thinking about their public spaces in terms of outdoor staging, public congregation and access. This chapter focuses on the use of such public space during the festival and the development of an identity for Drogheda as a place of festivals. The chapter highlights the importance of urban 'public spaces' and their utilisation as something both local government policymakers and festival audiences are looking for. Such 'public spaces' once re-imagined are now seen as 'experience spaces' in which the quantity and variety of festival experience possibilities are vital.